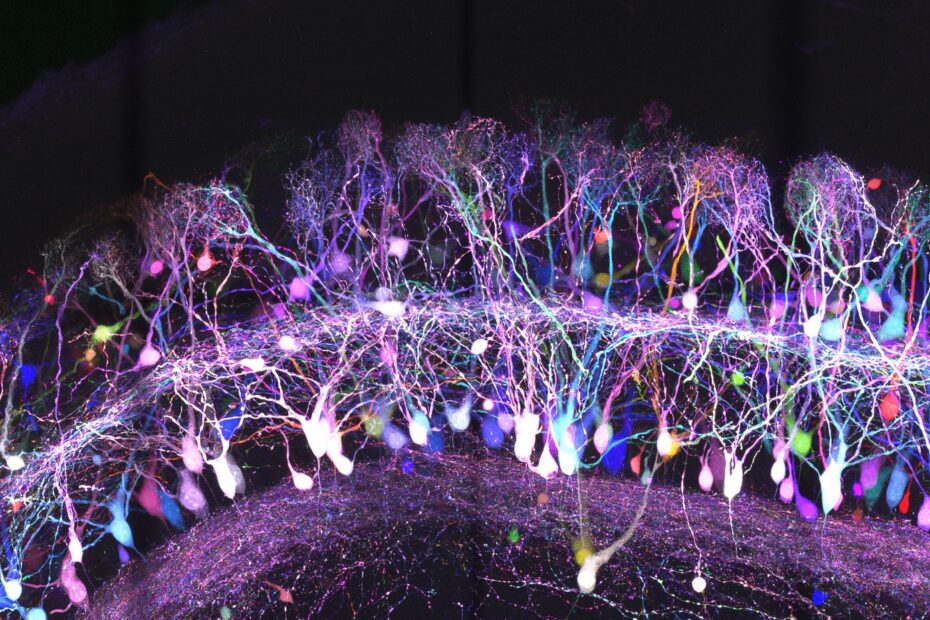 Neuroplasticity is the ability of our neurons (brain cells) to change their characteristics, connectivity, and capacity throughout our lifetime. This can be affected by inputs from your emotions, thoughts, behaviors, experiences and trauma.  Neurons function through making connections with other neurons, communicating by transmitting an electrical or chemical signal. The location and strength of these connections can be linked to our cognition, or the way we think. Neuroplasticity is a highly controlled process in the brain. In fact, most of the changes your neurons will go through have already happened by the time you’re an adult. Throughout your life, your brain cells are mostly fixed, and most won’t be replaced if they die. They also tend not to make any drastic changes in the ways they connect to each other – but the creation of new neurons and new neural pathways is possible.

Oftentimes, people suffering from depression or stress-related conditions will have fewer connections, fewer overall neurons, or less communicative connections in specific parts of the brain. Atrophy of neurons in the prefrontal cortex has been shown to play a key role in the pathophysiology of depression and other mood-related disorders. Depression, anxiety, post-traumatic stress disorder (PTSD), and addiction share common neural circuitry and often have high comorbidity, meaning that individuals will often experience or be diagnosed with one or more of these mood-related disorders at the same time.

The ability to promote both structural and functional neuronal plasticity in the prefrontal cortex has been hypothesized to underlie the fast-acting antidepressant properties of psychedelic substances such as ketamine and psilocybin, with serotonergic psychedelics (psychedelics that impact our serotonin systems) exhibiting the capacity to robustly increase the physiological growth and restructuring of our neural pathways – even after damage has occurred. Preclinical research has demonstrated that psychedelic substances, including LSD, DMT, and psilocybin, as well as alkaloids present in ayahuasca (harmine, tetrahydroharmine, and harmaline) affect neuroplasticity after acute and chronic (long-term) administration.

The potential to create new neural pathways and increased neuroplasticity within the context of psychedelic substance use has been connected to increased levels of a hormone called BDNF or brain-derived neurotrophic factor. Brain Derived Neurotrophic Factor (BDNF) is a key molecule involved in neuroplasticity and changes related to learning and memory. Changes in BDNF expression are associated with both normal and pathological aging and also psychiatric disease, particularly in structures important for emotional processes, memory, and mood such as the limbic regions, hippocampus and parahippocampal areas.

Clinical depression has been linked with impairments in neuroplasticity, and pharmacologically-induced symptom improvement is linked with increases in BDNF levels; with some interventions like exercise or antidepressant administration enhancing the expression of BDNF (levels of BDNF in our blood) in both normal and pathological conditions. As BDNF is considered a key player in several neurodegenerative and neuropsychiatric disorders, researchers are exploring alterations in BDNF levels correlated to the administration of psychedelics. Preclinical data has shown increased levels of BDNF in individuals up to 48 hours after the experience as well as psychedelic-induced neuroplasticity even with low dose administration of psychedelics (microdose). This time of increased neuroplasticity after psychedelic administration is often referred to as a neuroplastic window, a period in which our brain’s neurons and neural connections are being shaped and restructured – a potent and opportune time to optimize the therapeutic benefits of psychedelic integration.